A man’s lifetime risk of developing prostate cancer is 1 in 7. Some men with prostate cancer remain asymptomatic and die from unrelated causes. This is because cancer occurs when the man is already at an advanced staged, and the tumor grows slowly.[1] Treatment can be administered when it starts becoming symptomatic, and although not cured, it can be controlled. The person may die of other diseases because they are more severe and the person is at an advanced age. The estimated number of men who have prostate cancer that is present but not detected or diagnosed during a patient’s lifetime is higher than the number of men who have clinically recognized the disease. Many tests have been designed to understand better the genetic and biologic mechanisms that determine why some prostate cancers remain clinically silent while others cause severe, life-threatening illness.[1]*Modified from National Cancer Institute Data The three most recognized risk factors are age, race, and family history of prostate cancer.

The risk of developing and dying from prostate cancer is higher among blacks, intermediate among whites, and lowest among Asians.[5,6] Differences in incidence among populations worldwide further address the race.

Differences in Incidence Among Populations Worldwide 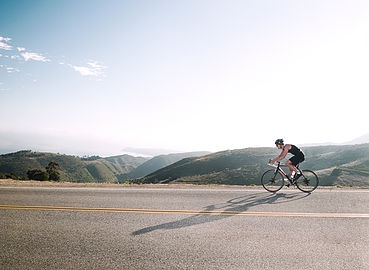 Among white men, northern European countries have a higher incidence than other countries.  These differences may be due to multiple factors. They include genetic, environmental, access to healthcare as well as differences in screening and treatment. Gaps in screening practice may also affect prostate cancer diagnosis. An analysis of population-based data from Sweden suggested that a diagnosis of prostate cancer in 1 brother leads to an early diagnosis in the second brother using PSA screening. This may account for prostate cancer diagnosis in younger men seen in national incidence data.

Other Modifiers of Prostate Cancer Risk

Some studies have suggested that familial clustering of disease among men with early-onset prostate cancer was best explained by the presence of a rare frequency of 0.003 autosomal dominant, highly penetrant gene allele. Hereditary prostate cancer genes were predicted to account for almost 50% of all patients who have prostate cancer diagnosed at age 55 years or younger.

The 4K score identifies the risk of aggressive prostate cancer if a patient has an abnormal DRE or elevated PSA and is especially useful in deciding whether to proceed with a biopsy. It has accuracy in predicting aggressive cancer and predicting metastasis 20 years before it occurs. It also has the ability for patients to set personal thresholds for themselves along with their care provider based on their age, life expectancy, and health.

Previously, age-specific PSA, PSA velocity, and PSA density were used to improve the specificity of PSA to detect prostate cancer. However, recent studies have suggested that PSA density is an invasive procedure requiring a rectal ultrasound. Moreover, it does not provide much more information that PSA alone.

It is essential to address patients understanding of their family history, whether there are any cancer syndromes in their family, comorbidities, age and get a yearly PSA. MRI every 3 to 5 years is useful since the goal is to detect cancer early and determine the best way to manage these risks. Genetic counselors can help in counseling, so patients know their actual risks and how they should act on them. A home genetic test can help patients concerned about their cancer risks.

Patients hear they’re at increased risk of malignancy, but don’t understand the degree of risk. Sometimes patients are told they have a 15% lifetime risk of prostate cancer and are concerned. However, ‘that’s everybody’s risk.’ They’re not at high risk; that’s an average risk. Those tests are associated with an increased risk of prostate cancer but not necessarily an increased risk of aggressive prostate cancer. That’s cancer we want to diagnose—not nonaggressive prostate cancer. Are patients at risk of developing cancer when they’re 75, or 55? Our evaluation and management will be different depending on the clinical scenario. On the horizon, there will be clear genetic tests, and we’ll need to design clinical care to alter the identified risks. If we tell patients they have increased the risk of disease, but don’t do anything to change that risk, and we have not improved patients’ lives; we’ve made their lives worse.

Genetic Testing: Up to 10% of patients with metastatic or advanced prostate cancer and 3% of patients with localized prostate cancer carry a disease-causing variant in a DNA repair gene and other genes conferring risk for hereditary cancer disorders.     Invitae’s Detect Hereditary Prostate Cancer is a sponsored, no-charge genetic testing program that uses the Invitae Multi-Cancer Panel. This comprehensive cancer panel tests genes associated with hereditary cancer syndromes, including all known prostate cancer genes.     Determining the germline genetic etiology of prostate cancer provides eligibility for precision medical and surgical treatment options and eligibility to participate in clinical trials. This information can also be used to enable surveillance for, and early detection of, other DNA repair-related cancers in the patient and provide recommendations for early detection in
at­-risk relatives.